skip to main | skip to sidebar

One of a kind~shabby chic chandelier~

Have you ever started a project and know you are either going to love or hate it? Well here is what I had to work with. I got it at Restore for $5. 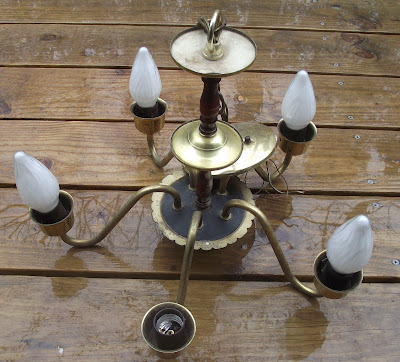 I have always wanted a chandelier in Sami's room. I've been unable to use one in there though because we have ceiling fans in all of the bedrooms. I have been determined though to figure out a way to get one in there despite the fixture we have in there. I finally figured it out. Although this was fully functioning as a light, I cut the wires out and came up with this..... 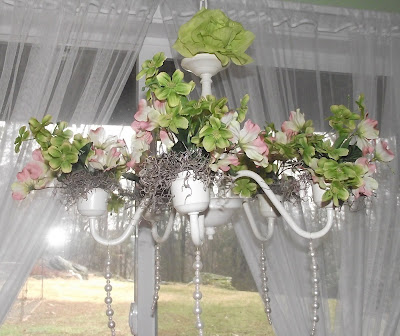 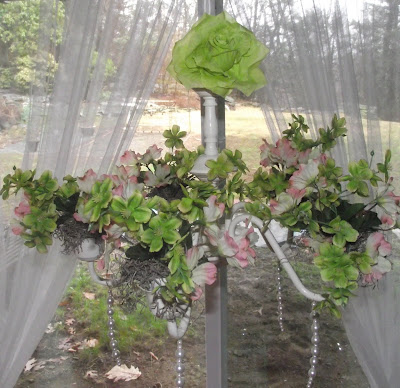 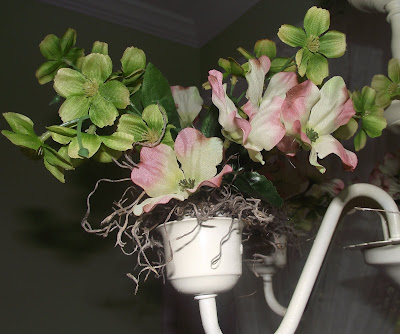 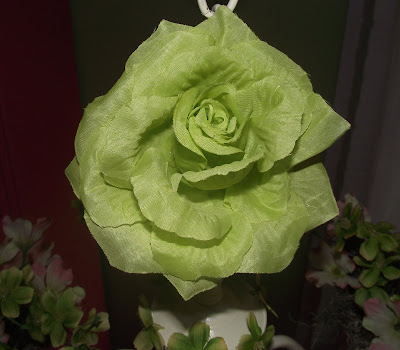 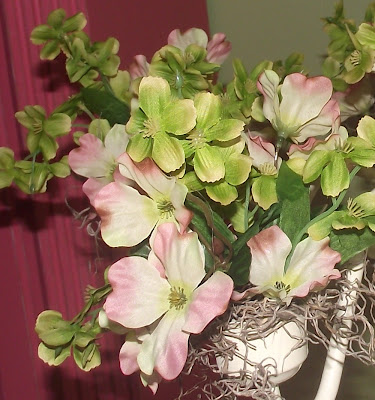 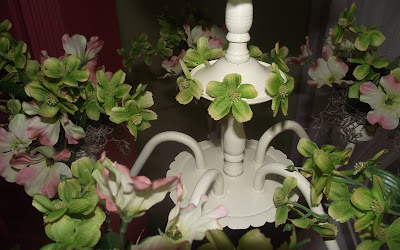 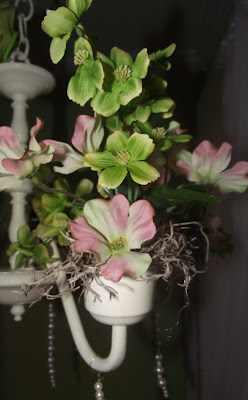 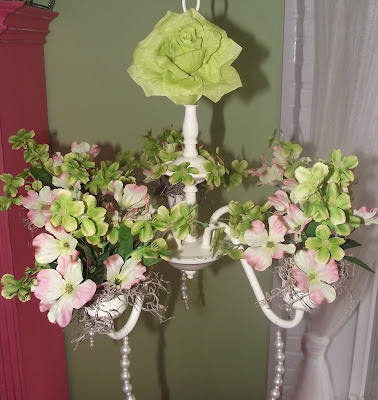 The end result.....I LOVE LOVE LOVE!!! The entire project cost me about $12. I have never been a fan of fake flowers, but these just look so darn Pottery Barn....and I got them at The Dollar Store! I also purchased a bag of the Spanish moss there and used only about 1/10 of the bag.

The dangling pearls I had laying around and I just restrung them.

I used a can of Krylon ivory spray paint. It adhered like a dream. 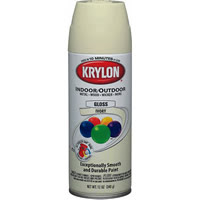 If you are interested in making one of these, it honestly couldn't be more simple...
1. Find a cheap junky chandelier
2. Cut the wires off linked through the chain (scissors work)
3. Prime it first with spray paint (I used Krylon)
4. Spray two coats of whatever color you want (I used Krylon ivory)
5. Stick Spanish moss into the areas where the light bulbs would have gone.
6. Cut your flower stems to the size you want them. Dab glue from a glue gun onto the end of each and insert the wire stem into the moss. It will stick in with out the glue, but I used it as extra security.
7. Screw a hook into your ceiling and hang it from the chain...

Posted by Serendipity Chic Design at 11:22 AM

Serendipity Chic Design
Washington Depot, Connecticut, United States
Thanks for stopping by Serendipity Chic Design. Follow me through my journey of decorating on a budget. I love to share my ideas to save you money and teach you how to design your home for next to nothing. I look forward to meeting all of you and would love to answer any questions you have.... 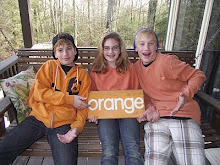 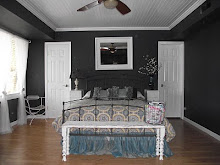 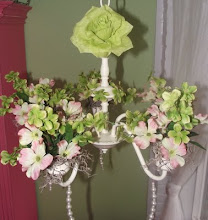 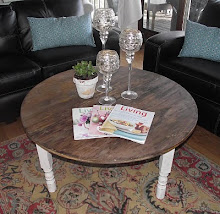 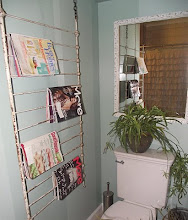